Home »Reviews and Opinions»Everybody Is Crazy For…. Pokémon

Since some years ago, there are a lot of walking people who look their own phone, it is pretty normal, isn’t it? In any case, in the last days the number of that type of person is dramatically increased! What are they doing? They are looking for Pokémons!

Pokémon Go is a very popular topic, everybody talk about it, some people love it, some others hate it. For creating my own opinion and deciding if I will be a fans or an haters I needed to know it, and due to this almost one week ago, I download the popular Niantic Game!

Before go ahead in the writing, I want to clarify two points:

In this post, I won’t talk about suggestions, tricks or maps because there are a tons of sites which do that. What I’m going to do is sharing with you my experience and my opinion regarding the “Pokémon – Mania – Plague”.

Yes, I said Plague, because in New York, but as far as I know pretty much everywhere, Pokémon Go is a kind of obsession!

You don’t believe me? Here some examples. Take a look on the web for figuring out a tons of video about thousand people completely crazy in Central park the July 14th for catching a very rare Pokémon seen in the park. I can talk also about Bar… Yes bar! The best marketing strategy for a bar in New York is to inform the potential customers that inside the bar there are good spots for play Pokémon Go. I assure that those bar are always full! The last example is the apartment listings. This could sound completely weird but it is true: brokers, or owners put in the features and amenities description something like “the apartment is on a PokéStop” or “the apartment is a great zone for catching a particular type of Pokémon”. 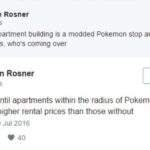 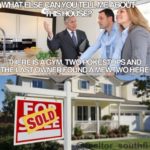 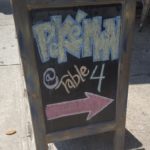 Just for your information, dear Pokémon players friends, my apartment is on a den of Zubat!

What Do I Think About The Game?

I really enjoy some aspects of the game and I found them awesome. I really like to walk around the city for catching Pokémons, and challenging my friends for finding the most powerful or the most rare one. I think also that the non homogeneous distribution of the Pokémon is an awesome point, I love that different part of the city (parks, beaches, mall) are the habitats for specific types of Pokémon. 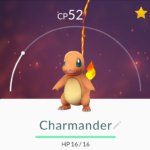 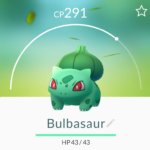 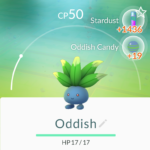 In my first week of playing I experienced also some issues due to the incredible numbers of players. Indeed very often it was impossible to launch the game because the Niantic’s Servers were down. In similar way there are some bugs that not allow to play properly that the company should fix soon. 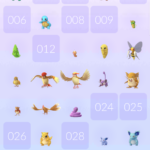 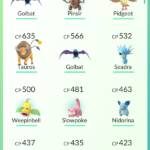 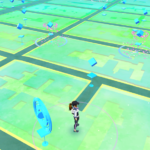 Although the game purpose is pretty clear for me, at the current moment I have not yet understand why should I fight in the gyms. Let me explain: I know that  I fight for defeating the other players from different teams and catching the gym for my team. The thing not completely clear for me is why… I mean there is any real penalty if I lose (indeed I don’t lose my beaten Pokémon), if I win the best reward is the increasing of the gym prestige and earned some coins to spend in the shop of the game ( I think that it will be a good idea that if I win, the combat experience of my Pokémon should increase).

Even though my opinion about Pokémon Go is absolutely positive, there are some things that I really don’t like. My question during all these days was: Where is the team spirit? How can I interact with my team friends? 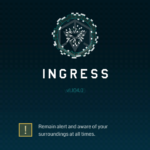 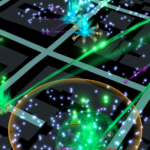 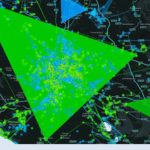 I don’t have an answer yet, maybe a team strategy is not part of this game. I think that this is the reason why although I really like Pokémon Go and I play it a lot, I still prefer Ingress. The major thing I love of ingress is the team strategy, the need of other players for to achieve the personal and team goals, the possibility to cooperate with other players and to communicate with them in the integrated chat. When I’m playing ingress I feel to be part of my team (of course the Enlightened), instead when I’m playing Pokémon Go I have not the same feeling, I feel like i’m playing alone even if I’m part of a team (Mystic). I hope that in few weeks the things will go better, major bugs will be fixed and some social feature will be introduced.

Today I signed my post in a special way, with both my Nicknames:

For the updates of my nerd life…